The People's Palace (Palazzo del Capitano del Popolo) in Orvieto was both the seat of power and a meeting place for the people.

Construction of the palace began in the 12th century and was completed in the 13th century.  Today, it is used as a conference centre and meeting hall. 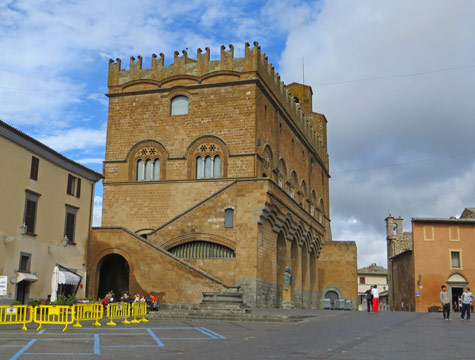 Etruscan and medieval remains were found in the basement rooms during recent renovations of this Orvieto landmark.