The Abbey of Saint Severo and Martirio is located in the countryside beneath the hilltop town of Orvieto Italy.

The current structure of the abbey was built in the 12th century, however, it is believed that an ancient church called San Silvestro stood here as far back as 1055. 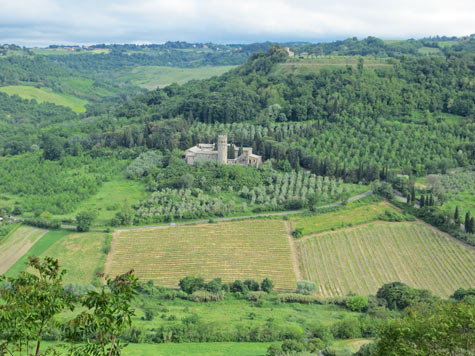 The characteristic bell tower and the monastery were added at a later date.